Parable of the Sheep and the Goats (Elementary Lesson)

Use this grab-and-go lesson from Matthew 25 about loving the least of these.

Use this lesson outline to teach elementary students about Jesus’s parable of the sheep and the goats found in the book of Matthew.

Editor’s Note: This lesson was adapted from Bible-in-Life, Upper Elementary.

FOCUS: We need to show love to those who seem least important.

The Parable of the Sheep and the Goats Teacher Background

Using the parable of the sheep and the goats, Jesus told how one day He will judge the nations. Then He spoke of how real righteousness is demonstrated in caring for others who are needy.

The parable of the sheep and the goats took place at the Mount of Olives, in a private discourse between Jesus and His disciples (Matt. 24:1) only days before His death (26:1-2). It paints a picture of God’s sorting the righteous from the unrighteous.

Jesus’ mention of the shepherd separating the sheep and goats is apparently based on the nature of the animals. The two groups pictured are sheep (generally considered to be likable and docile) and goats (which were often mischievous and offensive). Shepherds often kept these two distinctly different animals in the same fold, but separated.

Interestingly, in the parable of the sheep and the goats, Jesus portrays the righteous, who have gone beyond simply mouthing their faith, as unaware of the significance of the good they have done. He identifies with the needy when He equates service done for them as being done for Him.

What a contrast to the self-righteous attitude of many religious leaders, who
flaunted their religiously correct activities, done primarily for their own benefit! They were unaware of the needs of the people around them. It wasn’t that they were actively doing wrong, but that they were not doing what was right in helping the needy, thus ignoring much of the teaching in the Scriptures.

Here are some suggested activities you can set up for students who arrive early.

Word Game—Provide space at the board or on butcher paper for a group to play a word game. Write out words such as kindness, help, charity, or serve on slips of paper and place in a container. The leader draws a word from the container, writes out the letters of the alphabet, and draws blank lines for each letter in the word. Players take turns guessing the letters and word. The leader fills in the blanks and erases the letters used in the alphabet.

Picture Diary—Set out paper and drawing supplies for students to draw a picture of the nicest thing they remember that anyone has ever done for them. Those who don’t like to draw could write about it.

To help them relate to the Bible study about actively caring for the least recognized people around us, students will play an elimination game.

SAY: Have you noticed that our society today seems to focus on losers; at least as far as reality TV shows are concerned? We’ve had “American Idol,” “Dancing with the Stars,” “America’s Got Talent,” and many others. In all these shows, someone was eliminated because they weren’t good enough. Though these shows are just games, most of the participants will end up being hurt. It must be especially hard for those sent home because sometimes they were accused of pulling their own team down.

Divide your class into groups of four or five at separate tables, if possible.

SAY: We’re going to work in teams to build domino chains, but there’s a catch. If you’re right-handed, you must use your left hand, and if you’re left-handed, you must use your right hand. Before taking a turn, spin the spinner to determine how many dominoes to stand up. If you knock down your team’s domino chain, you are eliminated from the game.

Play the game for several minutes, giving everyone a chance to participate.

SAY: We’ve all been left out at times, and it is definitely not fun. Jesus had strong words and advice about how we treat those around us. In our Bible study, we’ll see what Jesus has to say, and also discover a special reason for helping those people.

Using the Bible, students will study Matthew 25:31-46 (the parable of the sheep and the goats) in which Jesus teaches about the the importance of His followers also caring for the people who get left out.

SAY: As Jesus and His disciples rested on a hillside overlooking Jerusalem, He talked about the end of the world. Jesus told them some parables. These parables showed them a little bit about the Last Day. The parables also showed how to live to be ready for Jesus’ second coming.

Have students read to themselves Matthew 25:31-32 from their Bibles.

SAY: Jesus will separate the people like a shepherd separates sheep and goats. The sheep will be on Jesus’ right, a place of honor.

*Be sure students know that “Son of Man” and “King” refer to Jesus. Refer to the Teacher Background section for additional background information.*

Ask a volunteer to read Matthew 25:34 aloud for the class.

“Then the King will say to those on his right “Come, you who are blessed by my Father; take your inheritance, the kingdom prepared for you since the creation of the world.””

SAY: The people on the King’s right hand will ask when they did all those things for the King. The King will tell them that anything they did for others was the same as doing it for Him.

“I tell you the truth, whatever you did for one of the least of these brothers of mine, you did for me.”

Direct students back to their Bibles to read Matthew 25:41-46. Divide the passage into verses 41-43, verses 44-45, and verse 46. Have three volunteers read those sections. Encourage them to read expressively, using the tone of voice they think the speaker would use.

Students will practice the lesson from Matthew 25:31-46 by finding ways to show love to those who seem least important.

Option 1: The Least of These

Let kids think of ways that they can help the least important around them through this role play. There are multiple scenarios for students to role play and each student may have a different idea of how to show love. If you don’t have time to role play each of these ideas, have students pick one to role play and discuss the rest of the ideas.

ASK: How can your class show love to “the least of these”?

Option 2: Help Is on the Way

This fun word-search activity, “Help Is on the Way,” can remind your students of simple ways that they can honor Jesus by showing love to other people. Have students read the directions and complete the word search. Remind them to also follow the directions in the second half. If they have time, encourage them to talk to another student in the group about their plans.

SAY: Name some people you can show love to.

Let kids find ways that people in your community are showing love to those who seem less important. Have students search through newspapers, or printouts of online versions, to find these stories. If you know of any kids showing love to those who seem less important, be sure to share those with your students. Hearing of peers who are making a difference will have more impact than hearing stories of adults. Students could cut out these articles and make a collage about showing love.

ASK: What are ways that you could show love to those who seem less important in our community?

To help them apply the parable of the sheep and the goats to their everyday lives, students will choose a specific person to reach out to and a way to do that this week.

Here’s a story about a man who knew the value of giving to those who seem least important.

Many people knew him as Secret Santa, but his real name was Larry Stewart. He wandered the streets of Kansas City, Missouri, at Christmastime handing out over a million dollars to people over a period of 25 years. He visited bus stations, laundromats, and homeless shelters, handing out money to those who appeared to need it most.

Larry grew up in poverty, raised by his grandparents. In 1971, he had lost his job and was so poor he couldn’t afford the meal he had ordered, so when the bill came he pretended he’d lost his wallet. The owner of the diner came over and gave him a $20 bill he had found on the floor, telling Larry he must have dropped it. Grateful but stunned, Larry paid for his meal, left a tip, and put a little gas in his car to leave town.

It soon dawned on Larry that no one had dropped the money. He realized the owner wanted to help him without embarrassing him. He told the Lord that if he was ever in a position to help others financially, he would do it. Larry kept that promise.

Larry did his work in secret, and only his family and close friends knew. But, when he became sick with cancer, he told his secret with the hope that others would continue his work. When Larry died, a friend of his agreed to take over as Secret Santa, with plans to give away $75,000 of his own money.

Close with prayer, allowing students to pray about the lesson and what they plan to do after learning about the parable of the sheep and the goats.

Did you enjoy this lesson? It was adapted from Bible-in-Life for kids. To learn more about this curriculum, check out the video below or visit BibleinLife.com.

Explore every age level at BibleinLife.com!

An Introduction to Worship As Response 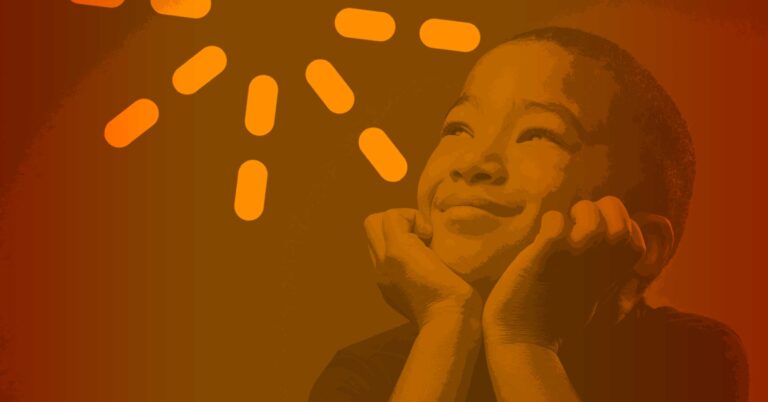 The Power of Remembrance

Ideas from Ministry Leaders for Christmas During COVID