Use this lesson outline to teach elementary students about Jesus’ parable of the prodigal son found in the book of Luke.

Editor’s Note: This lesson was adapted from Bible-in-Life, Elementary.

FOCUS: Because God loves us, He forgives us.

The Parable of the Prodigal Son Bible Background

Mosaic law dictated how an inheritance was to be divided: The eldest son received a double portion, and the other sons received an equal share. Land belonged to a family, not to an individual. Wills were therefore unnecessary. In the case of the prodigal son, everyone would have known that once the younger son used up his portion of the inheritance, there was nothing left that he could receive after his father’s death.

Under the Law of Moses, Jews were forbidden to eat pigs or even touch any dead ones (Lev. 5:2; 11:7-8). This prohibition developed into a loathing of the animal itself and a designation of “unclean” placed on people who dealt with pigs. Yet herds of pigs were found in the area of Palestine, raised in Gentile communities. To be compared to a pig was to be repugnant or godless (Prov. 11:22; Matt. 7:6; Mark 5:11-13). So the listeners of Jesus’ parable would readily recognize that the prodigal son had sunk to the lowest depth of morality by feeding pigs raised by a Gentile.

The negative reaction of the older son in Jesus’ parable may have been a comparison of the Pharisees’ negative attitude toward repentant sinners.

The father’s patience, acceptance, and forgiveness present a picture of our God. No matter what, He always meets us with open arms.

Today’s Bible story from Luke 15:11-24 about the prodigal son can help your students consider God’s unconditional love. Even though all of us are sinners, it might be difficult for some children to completely understand that their actions may be classified as sin. Deep down inside, they know when they have done wrong. They have also experienced having been punished for their wrongdoing. By using puppets, the children can act out situations and yet not feel the pressure since the “puppet” is the one doing the talking.

Before class, turn two craft sticks into “puppets” by drawing a smiley face at the top of each. Draw a frowny face on the back of each. Label the bottom of one stick “Me” and the other “A Grown-Up.”

Have your class gather into a large group on the floor as you begin today’s lesson. Try to include as many children as possible in the following activity. If a child is reluctant to participate, that’s okay. Encourage them to listen to the various exchanges. They still learn as they listen.

SAY: Think to yourself: Have you ever done something wrong? Of course, the answer is yes! We all have done wrong things. Think about a time when you did something wrong and the person in charge found out about it. What happened? Tell us with the help of some puppets.

You may want to be prepared to use the puppets first with a short exchange between the two puppets to help the children understand how to use them. Then ask for a pair of volunteers to begin, and give them the puppets. The “Me” puppet “tells” of a time he or she did something wrong. The grown-up puppet (whether parent, teacher, coach, etc.) responds as that adult really would. For example, the “Me” puppet might say, “I went to play down the street even after my dad told me I couldn’t go.” The grown-up puppet might say, “You’re grounded for the rest of the weekend!”

Let several pairs of children have a chance to act out a situation where they’ve done something wrong. Encourage them to have the adult puppet give responses that the children have actually received, whether positive or negative.

Then join everyone in discussion.

Tie to the Bible

SAY: Our Bible story is about a young man who did something wrong to his dad. The young man expected the worst. Let’s see what happened.

Using the Bible and Bible Discoveries, children will study Luke 15:11-24: The prodigal son is forgiven.

Gather the children into a group on the floor or at a table for today’s Bible story. Pass out pencils, Bibles, and Bible Discoveries.

Ask for volunteers to take turns reading parts of the story. You might assign four specific readers for the four numbered sections and then you might narrate the rest. Or you could ask someone from your congregation to come and dramatically read the diary entries. When you come to the Bible symbol, have the entire class look up the Scripture reference. Have a volunteer read it aloud. Then as a class decide on the correct answer and have everyone fill in the blanks.

For your convenience, the correct answers are a robe, a ring, and sandals.

Be sure the children understand that in order to become part of God’s family, we need to believe that Jesus died on the cross for our sins. Then we need to ask Him to come into our lives. After that, we sometimes still do wrong things. But God continues to forgive us if we admit our sins to Him. We still remain part of God’s family, and God is happy to be our Father.

To help the children consider real life situations they may face, have the children complete the maze in the Bible Discoveries maze activity attachment. When they finish they can talk about the consequences with another child.

To apply to their daily lives the Bible story of the prodigal son, children will decide to ask God for forgiveness.

After the children have cleaned up their activity, gather them back together.

SAY: When we do something wrong, we don’t have to be afraid that God will stop loving us. Whenever you feel bad about something wrong you did, you can freely go to God. Because God loves you, He will forgive you.

SAY: Let’s talk to God right now about His forgiving us. You can also pray at home.

Lead a prayer time by praying several unfinished sentences for the children to complete as they wish. The children may pray silently as you pause after each sentence. Pray sentences such as these:

Close the prayer time by thanking God for forgiving us and always loving us. If there are some children who wish to pray aloud as well, allow them to do so. Encourage children to pray throughout the week because they know God loves them and forgives them.

Seeing God throughout the Week

Encourage children to ask God to help them confess their sins and ask Him for forgiveness when they do wrong things. Remind them that God loves them and is faithful and just and will forgive their sins.

Did you enjoy this lesson? It was adapted from Bible-in-Life for kids. To learn more about this curriculum, check out the video below or visit BibleinLife.com.

Explore every age level at BibleinLife.com! 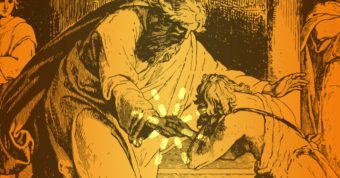 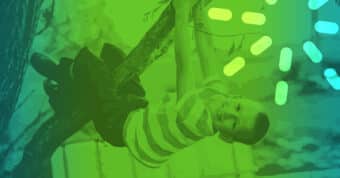 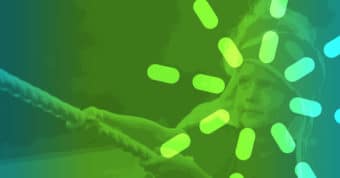