Teach kids about how powerful Jesus is with this fun, grab-and-go lesson!

That’s how far Jesus had to walk to reach his friend Lazarus, who was dying in Bethany. But Jesus put off the trip for four days, and rather than come heal Lazarus, Jesus let his friend die.

Picture Lazarus lingering in bed, knowing that if Jesus would just come, he’d be healed. Lazarus waited, day after painful day, until at last he could hold on no longer. He died—literally died—as in dead-and-buried died.

We don’t know much about Lazarus beyond that he was the brother of Mary and Martha and a friend of Jesus. And that following his death, Lazarus walked out of his tomb once Jesus called him back to life.

Was the day Lazarus died a bad day? It must have felt that way to Lazarus and to his sisters. But four days later, that pain behind them, Lazarus became the reason many Jews came to believe in Jesus.

Lazarus became a living testimony to the truth that Jesus is powerful. And we can do the same!

Have children form pairs. Ask the person in each pair whose first name starts with the letter earliest in the alphabet to sit in a chair. (Help younger kids with this.)

Say: On the count of three, I’d like you to stand up. Ready? One . . .two . . . three. Children will have an easy time rising from the chair. If you have a child who’s physically unable to rise from a chair, ask that child to be your helper and give the countdowns.

After they stand, say: With your partner describe a time you think it’d be hard to stand up. Maybe it would be on a roller coaster or when there’s a bully saying he’ll beat you up.

After several minutes for discussion, say: You’re about to discover another time you can’t stand up. It’s when your partner has one finger on your forehead.

Ask the same child in each pair who was just seated to sit in the chair again, this time with arms folded across chest and legs stretched straight out with heels on the floor. The other child in each pair will place a finger firmly against the seated partner’s forehead.

Again give a one . . . two . . . three countdown. The seated partner won’t be able to rise from the seat! Have pairs change places so everyone can take a turn in each role.

Say: You’d think that once you’re dead and buried, that’s it. You’re down and staying down. But for Lazarus, because of Jesus’ power, death wasn’t the end of the story. Lazarus rose again! Let’s explore what happened.

Ask children to join you in sitting in a circle. Tell children you hold an imaginary ball—a basketball. Dribble the ball several times to help kids visualize it.

Say: When someone tosses the ball to you, you’ll change something about it before tossing it along to the next person. For instance, I could make the basketball much larger. Pretend to stretch the ball until it’s huge. Or I could change the weight. Shrink the ball, poke three “holes” in it and say: Now it’s a heavy bowling ball!

Change the ball however you like, but you have to change it somehow before tossing it along, and you can only hold it for seven seconds. Let’s see how long we can keep this going!

Toss the imaginary ball to someone in the circle. Encourage creativity. When you’ve finished, take the ball, shrink it to a marble, and toss it into a pocket. As a group discuss:

Say: Today we’ll talk about someone who’s really powerful. And who proved it in a way that people have talked about for a long time!

Assign these roles to your children: Lazarus, Jesus, disciples, Martha. If you have just a few children, assign a role to yourself. If necessary, don’t assign the Martha role.

Give each child in the role of Lazarus enough paper towels to wrap them around his or her arm (two or three sheets). Give children in the Jesus role a facial tissue to hold, because Jesus is sad and give disciples pencils to hold as knives–they’re afraid of being attacked. (Caution kids not to stab anyone with the pencils!)

Hand children in the role of Martha three paper towels each to drape over their heads as scarves.

After children are ready, say: I’m going to share an incredible event found in the Bible. As I read, think about how your character experiences the event. What does your character feel? think? discover? Use your items to help express yourselves.

Read aloud John 11:1-16, 38-44. When you’ve finished, ask children to discuss the following questions from their characters’ points of view:

Ask children to lie down on the floor, on their backs. Dim the lights.

Say: I’m going to lead us in prayer by suggesting things we can pray about. With each suggestion, I’ll ask you to take a different posture.

Lying on backs: Please lie on your backs. (pause) The Bible says that without Jesus we’re dead in our sins. Consider how you’d feel if you didn’t have Jesus in your life. Silently tell God about that. After a few moments, continue.

Kneeling: Please kneel. (pause) When meeting a king, people sometimes kneel in respect. Tell Jesus why you respect him—why he’s worthy and powerful to be called a king. After a few moments, continue.

Standing with arms raised: Now please raise your arms. (pause) Jesus is powerful! Praise Jesus for all he is and all he’s done! After a few moments, close with everyone saying “amen.”

Before kids arrive, make a paper headstone for Lazarus. Use the words “Lazarus—Friend of Jesus, beloved brother to Mary and Martha.”

Give each child a sheet of paper and a pencil. Ask children to think of a famous person who has died, and to write or draw a tombstone for that person. Explain that tombstones usually include the person’s name and a line or two about what made the person loved or famous. (Invite older kids to help non-writers spell the words for their tombstones.)

After several minutes have kids tape to the wall the headstones they’ve written and drawn. At the same time, tape up the headstone you wrote earlier. Ask children to explain why they picked the person they picked, and to introduce the person on their headstone.

When everyone has had a turn to share their projects and introduce their people, point to Lazarus’s headstone. Say: Here’s why Lazarus is so special. Tear down the headstone. He didn’t stay dead! Jesus raised him, and he walked out of his grave. That’s something none of the other people you’ve named here did!

After kids attempt to fold their papers in half eight times, ask:

Gather kids in a circle. Ask: What could Jesus do that would convince you beyond any doubt that he’s alive and powerfully working in your world? 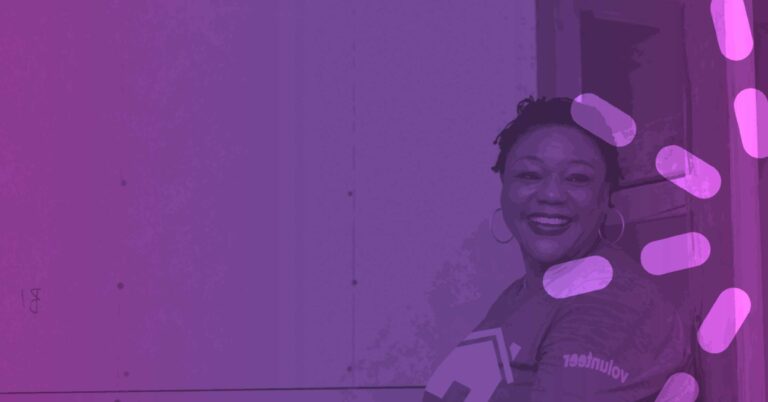 Encouraging Plans to Strengthen and Grow Your Volunteer Team

How to Inspire Wonder in Families at Christmastime

Parents as Primary Source of Discipleship in the Home