How to Teach Kids About David and Bathsheba

Discover the importance of explaining the full story of David and Bathsheba to our kids.
Leura Jones
6 min read

Children don’t get too far along in their spiritual journey before hearing the story of David and Goliath. Who doesn’t love telling the story of a slingshot-carrying boy taking down a giant—a giant who was an enemy of God? This is a fun Bible story for ministry leaders to tell.

But we know that David wasn’t always so victorious. Sometimes, he was downright evil, and those stories are harder to share with kids.

In children’s ministry, it’s tempting to focus on the first 10 chapters of 2 Samuel and forget about the other 14 chapters. Can’t we just focus on David uniting the kingdom of Israel, defeating Philistines, and dancing before the Lord’s Ark in Jerusalem? Yes, we can and should celebrate David’s example of faithfulness to God.

But David also serves as an example to us in his failures, and kids need to know about those too. Even at his worst—stealing another man’s wife, committing adultery, and ordering the murder of an innocent man—David can teach all of us, even kids.

The account of David’s sin with Bathsheba, recorded in 2 Samuel 11, should always be taught with 2 Samuel 12. Kids will see how David disobeyed God’s commands, but they also need to know how both he and God responded to David’s moral failure.

The level of detail we teach from 2 Samuel 11 will vary with the age of the audience.

Younger kids should know that David was God’s anointed king, but he got to choose whether he would obey God or not. In this case, he broke several of God’s commandments, including stealing and murder.

With older elementary kids, we can talk more about what adultery is. It’s taking—stealing, actually—another man’s wife.

Younger kids might simply learn that David got caught in his sin and then tried to cover it up. This is a great time to make the lesson relevant and personal. Ask the kids if they have ever tried to cover up their own sin.

Have they ever tried to hide something that they knew was wrong, or to pretend it didn’t happen? Have they ever blamed someone else? Have they lied about their sin and then been caught in the lie, when it would have just been a lot easier to tell the truth in the first place?

(Kids will probably be much quicker to answer these questions out loud than adults would!)

Younger kids should know that David had Bathsheba’s husband killed, and he didn’t seem to feel bad about it.

With older kids, we can go into more specifics about how David got caught. Bathsheba became pregnant. This meant that everyone would know David had taken her away from her husband Uriah, who was off fighting a war as one of David’s soldiers.

We can also go into more detail about the coverup, how David tried to fix his problem by bringing Uriah home to his wife so everyone would think the baby was Uriah’s. Here we can focus not only on the futility of trying to cover up sin, but also on the contrast between David’s character and Uriah’s.

Uriah wouldn’t go home to his wife, because he knew his fellow soldiers were roughing it out in the fields—tired, hungry, and fighting for Israel. Uriah was faithful to God, his country, and his king. David was only looking out for himself.

Older kids can learn more about the horrific nature of David’s sin. Other innocent soldiers were killed in the process. David responded to the news of Uriah’s death by saying, essentially, “Well, sometimes bad things happen.” He showed no regret or remorse, only relief that he had not been caught in his sin.

And then, thankfully, we get to chapter 12.

The Takeaways from this Chapter

There are two important messages we want to teach kids from this chapter.

We Can’t Hide Sin from God

The first is that we can’t hide our sin from God. God loved David too much to let him get away with disobedience. He used the prophet Nathan to bring David’s sin out in the open, and He did it through a clever story.

God wanted to make right and wrong very clear to David, so He did it in a way that David couldn’t miss (and that would also protect Nathan in case the king erupted in rage!). This is a good time to make it personal again.

Have any of the kids been caught doing the wrong thing? How did they feel when someone found out about it? What did they do?

The second big message we learn from David and Bathsheba is that God forgives us when we confess our sin. When confronted by his sin, David owned up to it, saying, “I have sinned against the Lord” (2 Samuel 12:13).

Older or more astute kids might ask, “That’s all? He didn’t even say he was sorry!” This is a good opportunity to jump over to Psalm 51, where we see a much more contrite David saying, “Wash away all my iniquity and cleanse me from my sin” (Psalm 51:2).

In fact, Psalm 51 tells an important part of the story that we don’t want anyone to miss. David didn’t just confess. He believed that God would restore Him, and he was right. The Bible calls David a man after God’s own heart (Acts 13:22).

God did forgive David, and He forgives our sin, too. David’s sin was as horrible as anything we can imagine, but no sin is too much for God’s forgiveness.

This is what we want kids to walk away from when they think of David and Bathsheba.

We don’t want to avoid teaching kids the story of David’s sin with Bathsheba because at its core, it’s the story of the Gospel. And kids can learn from the difficult parts of the Bible—just like the can any other passage.

We all rebel against God. We all want to deny or cover up our sin and pretend like it’s not causing us any problems in our relationship with God.

But sin breaks relationship. And God loves us enough to pursue us. He brings us out of hiding, forgives us, and restores us.

This is what we want kids to know, not just as 8- or 12-year-olds, but as the adults they’re going to become. Nothing can separate them from the love of God. This is the message we teach when we tackle this hard story.

It’s not so much about David’s sin or our sin; it’s about God’s forgiveness and grace.

PrevPreviousPractical Help for Finding the Right Children’s Curriculum
NextHow to Reach, Equip, and Encourage the Parents in Your ProgramNext 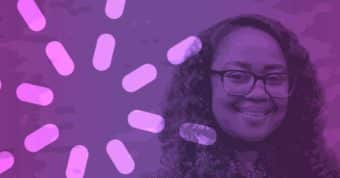 How to Celebrate People of Color in Your Sunday Lessons 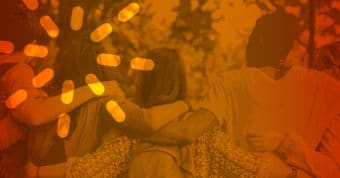 How to Help Teens Relate to Jesus 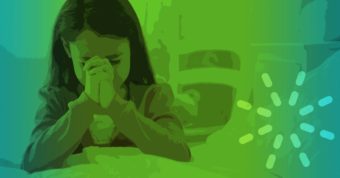