Use this grab-and-go lesson to teach kids about why God wants us to tell the truth and why it’s important.

OK, so what was the big deal? Ananias and Sapphira came into a little money. They gave some of it to the church and kept the rest. How is that different than what people do at church each week?

Their mistake wasn’t in giving money to the church.

It wasn’t in giving just part of their money to the church.

Their big mistake was in lying.

God wants us to tell the truth—and Ananias and Sapphira chose to lie . . . to God himself.

Does that mean that if you lie you’ll fall down dead? No, people lie all the time and stay upright. But notice: God takes lying very, very seriously. That he’ll forgive lying doesn’t mean he doesn’t hate it.

As you experience this session with your kids, ask yourself: How am I lying to others? to myself? to God?

What will you do about it?

Option 2: Catch Me If You Can

Say: Today we’re talking about lying. If you’re like me, you’ve told a lie at some time in your life. Maybe more than once. We tell lies for several reasons. We lie to get out of trouble . . . or to get someone else in trouble. Or we lie to get something we want. And sometimes we lie to make people think of us in a certain way.

Let’s see how well that last one works. I’m going to tell you three things about myself. Two of the things will be true and one will be a lie. See if you can tell which is the lie.

Share things that kids aren’t likely to know about you—things from your past, hobbies, details about your pets . . . Ask kids to guess. Then reveal which item was a lie.

Ask kids to circle up and think of three things they’ll share from their own lives: two truths and one lie. Go around the circle, letting the group guess after each child shares.

When you’re finished, discuss as a group:

Allow time for kids to share their stories with partners. Then say: My goal wasn’t to help you become better liars! God wants us to tell the truth, not lies! I wanted you to see how easy it is to lie . . . and how it feels when you’re caught in a lie. We’ll be talking today about someone who lied and why telling that lie was a big mistake. But first . . .

Ask children to stand in a circle, with several feet of space between them. Say: You’re in the Tall Tale Circle. That means that I’m going to start a story—a tall tale—and you’re going to finish it by each adding a bit to the story.

The idea is to keep the story going in bits and pieces. By the time this story ends, the dog might be driving the man to the hospital!

Two rules: First, to add to the story, you have to jump into the circle, say your bit, and then jump back. Second, no one can jump in twice in a row. And third, there can’t be more than four seconds of silence between bits, or we lose. Oh, that’s three rules. I said there were just two rules, but . . . I lied!

Our goal is to keep the story going for two minutes. Ready? Here’s the start of our story: “There once was a man who lied about everything. He even lied about . . .”

Keep an eye on the time and make a loud buzzer noise if four seconds pass between kids jumping in with story bits. Expect a few false starts before kids get the rhythm. When you’ve hit two minutes, jump in yourself and say, “And they all lived happily ever after!”

Have kids sit and, as a group, discuss:

Thank kids for sharing their thoughts. Then say: To us, one lie may seem worse than another, but to God a lie is a lie. He’s a God of truth. God says, “I, the Lord, speak only what is true” (Isaiah 45:19). So he doesn’t like lying–any kind of lying. God wants us to tell the truth!

Then ask for volunteers to play the roles of Ananias, Sapphira, and Peter. Give Ananias the coins. If you have more than three children, have the rest play the role of church members.

Say: I’m going to read again the account in the Bible. Act out your parts as I describe what happened.

Read Acts 5:1-10, pausing to let kids act out their roles, including Ananias handing over some of the coins when instructed to do so. Encourage Ananias and Sapphira to play up their death scenes to the max.

After you’ve finished reading, applaud your actors’ efforts and, as a group, discuss:

Say: Some people are really good liars, but they don’t get away with their lies. God knows . . . and God wants us to always tell the truth!

Say: God is a God of truth. He hates lies, though he loves and is willing to forgive liars. Isn’t it great that even when we do things that don’t make God happy, he’s still willing to love and forgive us?

Today I’d like us to say things that are true about God. For instance, it’s true that God is loving. It’s true that Jesus died for our sins.

Allow kids to contribute truths about God. When they’ve run out of things to say, continue. Say: Now let me tell you some things that God says are true about everyone who follows Jesus. Say each item below and also read the verses, pausing to let the truth sink in.

All of what we’ve just said—about God and about us—is true. Part of the reason we pray to God is because those things are true. Let’s pray.

Pray: Thank you, God, for your truth. Help us to believe the truth about you and about ourselves. In Jesus’ name, amen.

Have kids sit on the floor, in pairs, facing each other. Tell children to hold their fists in front of them.

Say: Time for a little instant math. I’m going to count to three. When I say “three” I want you to hold up any number of fingers on your hands—perhaps three fingers on one hand and two on the other. Your job is to total up how many fingers you’re holding up and how many fingers your partner is holding up. The first person in your pair to call out the total number of fingers is the Math Master for that round.

Option 2: Me Too Coin Toss

Note: The metal bowl adds fun to the game because it will clang when a penny is tossed in.

Explain that you’ll then go around the circle with each child sharing a true statement about himself (and tossing in a penny), with everyone else about whom that statement is true also tossing a penny into the bowl.

Say: The object of the game is to be the first to get rid of all your pennies—and not to lie along the way.

You start by naming a vacation destination you’ve gone to that children have likely visited too: “I’ve been to _____.” That way some kids will be able to toss in a penny on the first turn. Then start around the circle. Suggest a couple of example statements for the kids, like “I have a dog” or “My favorite color is green.” Continue play until someone wins. Play another round if time permits.

As a group, discuss:

Say: God wants us to tell the truth—and he’ll help us do it. Let’s always ask for his help!

Gather kids in a circle. Ask: People lie all the time. Why do you think God makes such a big deal about it? (Look up Colossians 3:9 and Titus 1:2.)

Rest on Every Side: Caring for Your Soul in Spite of What You See

How to Keep Kids Safe in COVID-19 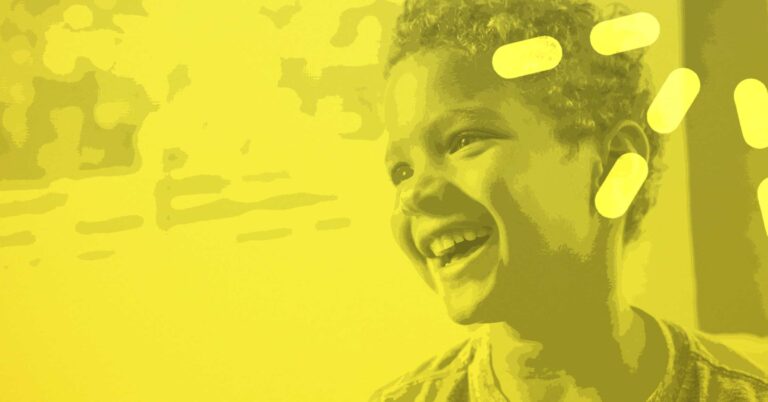