How to Teach Kids About Judas’ Life

Even our most confusing, hurtful, sinful actions can be used by God.

Of all the questions we might have about the New Testament, somewhere near the top of the list has to be, “What was up with Judas? Why would Jesus let someone into His inner circle who He knew would betray Him? How could Judas walk with Jesus for three years and then sell Him out?”

Judas is not a name that comes up very often in children’s ministry. If teachers are uncertain about what to think about Judas themselves, they’re even more unsure about what to teach kids about Judas. But Judas played a key role in God’s redemption of the world through Jesus Christ.

For no other reason than that, we should want kids to know about him. And beyond that, Judas has something to teach kids and grown-ups alike.

Here are three things in particular that we want kids to know as we teach them about Judas:

1. Jesus knew exactly who Judas was.

The answer to “what we know about Judas” is pretty simple: not much.

The Bible gives no information about his life before he became a disciple other than identifying him as “the son of Simon Iscariot” (John 13:26). We don’t know how he met Jesus or what he was doing when Jesus called him to be a disciple. We do know, however, that Jesus did call Judas, and that Jesus knew exactly what He was doing.

This is an important point for kids to know.

Nothing about Judas surprised Jesus. Jesus told His disciples, “Did I not choose you, the twelve? And yet one of you is a devil.” These statements are found in John 6:70, and in the next verse, John went on to explain what Jesus meant by that: “He spoke of Judas the son of Simon Iscariot, for he, one of the twelve, was going to betray him. “

Jesus was not caught off guard by Judas. He was not fooled or deceived by him. As Jesus washed the disciples’ feet at the Last Supper, He called them “clean”—all except for one (John 13:10-11).

That one, Judas, would soon betray Him, and Jesus had known it all along.

Jesus knew God’s plan. He knew it would take Him to the cross, and He knew that Judas would be a key player in getting Him there. Kids should know this is one of many examples of Jesus’s commitment to carry out God’s plan all the way to the end, even though He knew it would involve betrayal, rejection, and suffering.

2. Judas’s betrayal was a part of God’s plan.

This can be tricky, as it’s hard for kids (and really, hard for all of us) to understand how God’s sovereignty and our free will work together. God didn’t make Judas greedy and selfish. He didn’t send Judas to the Romans to make a deal to bring Jesus to them. Judas made those choices himself.

But God had known from the beginning of time what Judas would do, and He used it as part of His rescue plan to save the world from sin.

Acts 1:16-18 is a helpful passage as we teach kids this point about Judas. Shortly after Jesus ascended into heaven, Peter said, “Brothers, the Scripture had to be fulfilled, which the Holy Spirit spoke beforehand by the mouth of David concerning Judas, who became a guide to those who arrested Jesus. For he was numbered among us and was allotted his share in this ministry” (Acts 1:16-17).

Some 1,000 years before Jesus was born in Bethlehem, King David had said, “Even my close friend, someone I trusted, one who shared my bread, has turned against me” (Psalm 41:9, NIV).

David was writing about his own circumstances, but as a prophet, he was also penning the words that Jesus would one day speak about Judas (John 13:18).

Judas’ betrayal was part of God’s plan all along.

Judas didn’t have to sin. He could have made a different choice. God wasn’t controlling him; Satan was (John 13:24-27). But as Joseph said way back in Genesis, “You intended to harm me, but God intended it for good to accomplish what is now being done, the saving of many lives” (Genesis 50:20, NIV).

Kids need to know that God can use even sin and betrayal for His saving purposes.

3. Judas acted like a disciple, but his heart was never changed.

Judas traveled with Jesus for at least three years. We can assume he heard all of Jesus’s teaching. He saw Jesus’s miracles. He held the miracle in his own hands when he and the other disciples picked up the leftover bread after Jesus fed the 5,000 (Matthew 14:13-20).

Judas was given “power and authority to drive out all demons and to cure diseases” when Jesus sent out the twelve to proclaim the good news and heal people (Matthew 9:1-6).

He was very much a part of Jesus’ life and ministry.

There is no indication that any of the other disciples had any suspicion about Judas. They put him in charge of their money—not something you do with someone you don’t trust. When Jesus said that one of them would betray Him, no one pointed to Judas. He had completely blended in with his fellow disciples.

We don’t know who belongs to God and who’s just going through the motions, blending in.

We don’t teach kids this so that they’re wary of the sincerity of other believers. In fact, we teach them this so they can search their own hearts. This is a great lead-in to the gospel.

He loves our good deeds, but He wants our whole-hearted commitment to Him even more.

Why did Judas betray Jesus? Scripture never says for sure, except to say that Satan entered him (John 13:24-27).

It could have been simple greed. Maybe he was trying to protect himself by getting in good with the Romans. Or maybe he was disillusioned like other Jews who wanted Jesus to lead a revolution that would overthrow their Roman oppressors.

It could have been all three of these and more. We can only hypothesize.

What we do know, though, is that Judas was a means of getting Jesus to the cross. And Jesus’ work on the cross is what the Good News is all about. Judas was part of God’s great plan for redemption.

God uses even the most confusing, hurtful, sinful actions of others to bring about His good work.

This guide can be used as a post-COVID-19 re-entry planning tool for your entire church or for a ministry within your church body.
Download your guide
Updated on April 21, 2021

PrevPreviousHow to Lead Volunteers: The Achiever (Enneagram Three)
NextHow We Moved Our Ministry Forward in the Midst of the UnknownNext 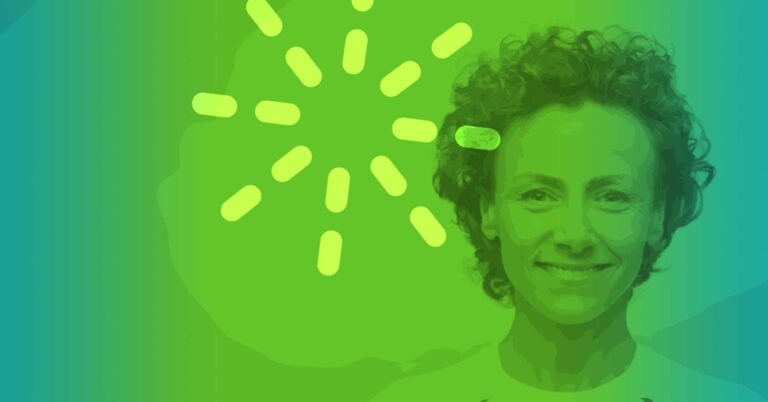 The Importance of Effective Communication with the Leaders of Your Church

Getting Creative to Get Parents Involved