How to Teach Kids About the Israelites Taking Canaan

Joshua fought the battle of Jericho and the walls came tumblin’ down. How many of us grew up singing that song in Sunday school? Or maybe you’re part of a generation who grew up watching Larry the Cucumber lead his band of vegetables around the walls of Jericho to the taunts of slushee-wielding French peas.

As soon as the walls come tumblin’ down, though, we leave the story. Because who really wants to unpack what happened next—especially with a group of kids?

We celebrate Joshua 6:20—the trumpets are sounded, the army shouts, the walls collapse, and the Israelites charge in and take the city, just like God told them to. But who wants to talk about Joshua 6:21—“They devoted the city to the Lord and destroyed with the sword every living thing it in—men and women, young and old, cattle, sheep and donkeys.”

We avoid teaching kids the whole story of the Israelites taking the land of Canaan for good reason. Most adults find these Bible passages hard to stomach and difficult to make sense of. Why would we try to explain them to a child—and how would we even start if we wanted to?

But kids can learn from the difficult parts of the Bible—just like they can from any other passage.

For younger kids, it is completely appropriate to stop with Joshua 6:20. Point out God’s power and faithfulness, celebrate a great example of faith in action, and leave it at that. But as kids get older, they’re going to start to realize that Jericho was not an empty city. Someone must have been behind those crumbling walls.

And it won’t be too much longer before they hear one of the most classic arguments against God—that He commanded His people to commit genocide against the rightful inhabitants of Canaan.

We must teach kids how to respond to that.

Older kids need to be taught the whole story. Here are two things we should emphasize as we teach them.

Holiness is one of God’s most essential attributes, and nowhere is that clearer in the Bible than when He moved Israel into Canaan.

We use the word holy a lot in children’s ministry. Do we assume kids know what it means when they actually don’t?

The Hebrew word qadosh (pronounced KA-doesh), which we know as holy, means “to set apart for a special purpose.” When God told the Israelites, “‘Be holy because I, the Lord your God, am holy” (Leviticus 19:2), He wasn’t telling them to be good. He was telling them to be set apart and different.

That’s what we want kids to understand.

Why would God want His people to be just like everyone else? Doesn’t He want us to be different today—to think different, talk different, act different, love different—than the world around us?

God has always wanted to hold up a group of people to the world and say, “This is the difference I make in people’s lives. This is what life can be like with Me.”

God wanted Israel to be set apart for something special in the land of Canaan. But He knew that their memories were short, and their hearts were fickle. He knew that they would be easily tempted to take on the thinking and practices of their neighbors. If they did that, they would cease to be holy.

To protect His name, His people, and His epic plan for salvation, the land of Canaan needed to be cleared of all its evil practices and people.

We don’t need to be too specific as we explain this to kids. There’s no need to quote Joshua 6:21—or the many verses like it—verbatim. But we do want them to know that God is holy, and He wants His people to be holy.

God wants them to have no part in the evil that surrounds them. He wanted the Israelites to be set apart—different—from all the other peoples of the earth.

This is a good time to talk with kids about how God wants us to live today.

He still wants us to be holy. He still wants His people to be different. Our lives should reflect that we are set apart for God’s special purposes. Talk with kids about what that might look like.

One of the biggest things we want kids to understand about the Bible is that it is one, big, interconnected story. We want to help them see each of the smaller stories in the bigger context of what God was doing and is still doing.

Teaching kids about the Israelites taking Canaan is a great opportunity to do this.

Help them see that the Israelites’ war against the Canaanites is only a picture of a much bigger cosmic battle that God is waging against sin. In His Word, God does not downplay the destructive consequences of sin and His war against it. We shouldn’t downplay it either.

It’s important that kids know the Canaanites were not innocent people.

Throughout the Pentateuch, God made numerous references about the evil of the Canaanites. They were also not ignorant of God. The Canaanite Rahab told the Israelite spies that her people had heard about all God had done for His people, and their hearts “melted in fear” (see Joshua 2:8-11).

Rahab, at great risk, chose to align herself with God’s people. As a result, she and all of her family were saved. But most of the Canaanites chose to reject God and continue on in their sin.

God told Moses He would blot out the Canaanites Himself (see Exodus 23:23) as a consequence of their sin. He could have done this in any number of ways—by famine or an earthquake, for example. But in Canaan, He chose to use the army of Israel.

They were His instrument of destruction, and, as such, His people would see up close how God felt about sin.

Kids need to know that God’s holiness cannot coexist with sin. Psalm 5:4 says, “For you are not a God who delights in wickedness; evil may not dwell with you” (ESV).

Of course, we also want kids to know about God’s grace. We need to help them understand the difference between falling into occasional sin and choosing habitual sin. The former is covered by repentance, forgiveness, and grace. The latter is active rebellion against God. That’s the kind of sin the Canaanites were guilty of.

Finally, we need to help older kids understand what genocide is and isn’t. Genocide happens when one powerful group attempts to wipe out a weaker, more vulnerable group. God did not tell the Israelites to commit genocide. They were not a superior army attacking a vulnerable ethnic group. The Israelites were a wandering group of former slaves called by the living God to rid the land of evil and corruption.

They were an instrument in His ongoing war against sin.

In the 21st century, can we still sing about Joshua bringing down the walls of Jericho? Yes, we can, and we should teach kids what the story represents. We serve a holy God, and He wants us to be holy too.

He does not take sin lightly, and neither should we. 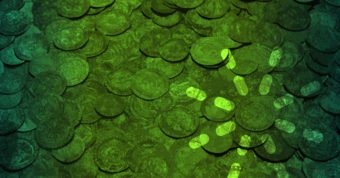 Parable of the Talents (Elementary Lesson) 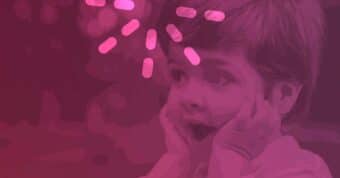 Celebrating Easter in Reverse with Kids and Families 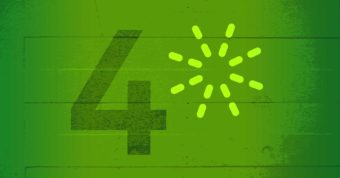