As you use this grab and go lesson about the stoning of Stephen with kids, teach them that Jesus saved Stephen's soul—something only He could do.
Mikal Keefer, The Ministry Spark Team
8 min read

This was Stephen’s first sermon, and he had a tough audience. The very people who saw to it that Jesus was arrested and killed were in the crowd—and Stephen knew it.

This was the perfect time to try and avoid mentioning things that would arouse the anger of the men who wanted to harm Stephen. But that’s not what Stephen did. He told the truth—the whole truth—and paid the price for it as a flurry of rocks hurt and killed him.

Bad day? A painful one, certainly, but not a bad one.

Stephen understood that the angry men gnashing their teeth and threatening him weren’t his only audience. God was in the audience too, and God was pleased.

Did Jesus save Stephen? Not his body, but Jesus never promised to keep his followers from dying. Jesus saved Stephen’s soul—something only Jesus could do.

Explain that in a few moments you’ll ask one child to leave the room while the rest of the children circle up. (Small group? You can be the “circle” alone, if necessary!)

While the “outcast” child is out of earshot, you and the others will decide on one action that opens up your circle and lets the outcast in. It may be touching a nose, blinking twice, anything that the child can do. Don’t determine a secret password; it’s unlikely the outcast will ever guess that word.

Call the temporarily exiled child back into the room. Say: You have been shut out of the circle, but there is a way to get back in—if you can guess what it is. You will have help. You can ask five yes and no questions to help you determine what action gets you in the circle.

If a child guesses the way in, give him or her high fives. If the way in is not determined, choose a new “outcast” and play again. Play several rounds and then have your group discuss:

Say: If you want to enter into a friendship with God, there’s just one way: through Jesus. That’s something a man named Stephen said, and it created a problem for him. Today we’ll explore what happened to Stephen—and that even in difficult times, Jesus saves us!

Say: There are so many ways you can get in trouble and need help. Let’s act some out. I’ll call out a situation, and you act out how you’d look if you were in that situation. Ready?

Here are a dozen situations . . . feel free to add your own!

Say: Great job! You’re all qualified to be movie stunt doubles! Get with a partner and find a place to sit as we discuss some important questions! Discuss:

Say: We need more than Jesus’ help. We need Jesus to save us—something a man named Stephen discovered. Let’s dive into his story!

To Stone or Not to Stone

Hold up the stone. Say: Let’s think together: what could we do with this stone?

Take and affirm suggestions. When suggestions slow down, say: Or we could throw it at someone and hurt him. That would get a reaction!

Say: In New Testament times, stones were used lots of ways. Most of the time it was for building, but if someone blasphemed God or even spoke his name, it was considered disrespectful of God. That person was sometimes punished by having heavy stones thrown at him.

People threatened to punish Jesus with stones because Jesus said he was God’s Son. Today we’ll explore a time when people punished a Christian named Stephen with stones.

You decide if I say anything untrue or if I disrespect God. If so, vote to hit me with a stone. I’ll place this stone over here (set it at least five feet from where you’ll be as you’re reading), and the first time I say something untrue or disrespectful of God, go stand next to it—but do not throw the stone. Ready?

Then say: OK, it’s almost time to vote. But first let’s discuss a few questions together. Discuss the following as a whole group or have kids discuss each with a partner.

Ask for a vote. If children want to let Stephen go, have them stand along the wall opposite the stone. If they want to punish and stone Stephen, have them go and stand beside the stone on the floor.

Jesus took great care of Stephen . . . Jesus just didn’t save his earthly life. He saved Stephen’s eternal soul—and Jesus can save us too!

Ask children to sit in a circle, facing outward so they can’t see each other. Say: In old cartoons when someone is drowning, he raises one index finger when he slips under the water the first time, two fingers the second time, and three fingers the third and last time. We’re going to do that too—as a prayer.

I’ll mention three things that many people need Jesus to save them from. If it’s something you need Jesus’ help with, raise one, then two, then three fingers. You won’t see each other, but God will see you. Please close your eyes.

Pray: Dear God, we need Jesus to save us. Some of us have done wrong things we need you to forgive through Jesus. If you’ve done something wrong and need to be forgiven, raise one finger. Silently tell God what you’ve done. (pause)

Some of us find it hard to follow you, Jesus. We forget to listen to you. We don’t pray, read the Bible, or grow in our friendship with you. If you ever forget to do what Jesus asks you to do, raise two fingers. Tell Jesus about how you need his help being faithful. (pause)

Some of us don’t tell others about you, Jesus. If you find it hard to tell friends about Jesus, raise three fingers. Tell Jesus why you find it difficult. (pause)

Please help us, Jesus. Save us from what gets between you and us. Amen.

Tape a sheet of newspaper to the floor and position children to stand at least 15 feet away. Ask children to remove their shoes.

Explain that this is a game like horseshoes: a tossed shoe completely on the paper is worth three points, one partially on is worth one point. It’s legal to knock another player’s shoe off the paper. Play several rounds. Then have children put their shoes back on.

Say: In some things—like the game of horseshoes—”almost” is close enough to earn points. But in truth telling, being absolutely truthful and not just close to the truth is important. Stephen did that and paid a price. How truthful are you willing to be about Jesus when you have the chance to tell others?

Ask children to form pairs or trios. Give each pair a sheet of paper and a pencil. If you’re playing with young children, be sure to pair them with older kids who can write down answers!

At the end of two minutes, ask groups to share some of their You Too? discoveries. After they’re finished, say: Here’s another thing you have in common: Jesus wants to save you both. That’s something everyone can have in common!

Gather kids in a circle. Ask: If being saved by Jesus is such a smart thing, why don’t all people want to have that happen? 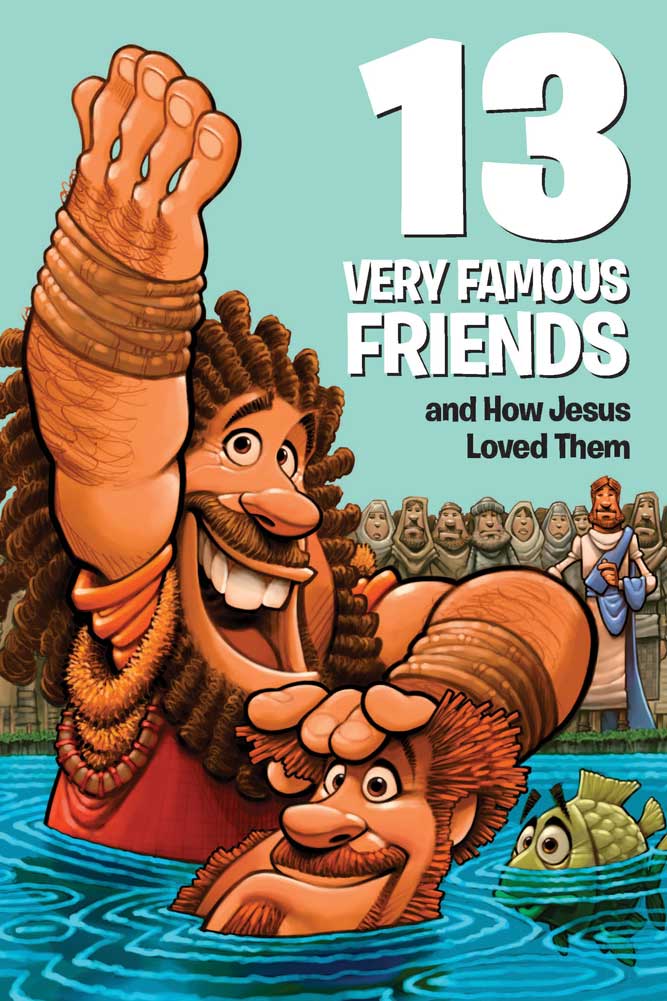 Help kids discover the faith-building, life-changing love of Jesus tucked into 13 stories of Jesus’s famous friends and how He loved them. They will begin to understand what it means to love one another as Jesus did.
Download your Bible lesson
Free Lesson

Help kids discover the faith-building, life-changing love of Jesus tucked into 13 stories of Jesus’s famous friends and how He loved them. They will begin to understand what it means to love one another as Jesus did.
Download your bible lesson
Free Lesson

Help kids discover the faith-building, life-changing love of Jesus tucked into 13 stories of Jesus’s famous friends and how He loved them. They will begin to understand what it means to love one another as Jesus did.
Download your bible lesson
Free Lesson

PrevPreviousKeeping Marriage Fresh in Ministry
NextHow Can Leaders Cultivate Wonder in a World of Incessant Distraction?Next 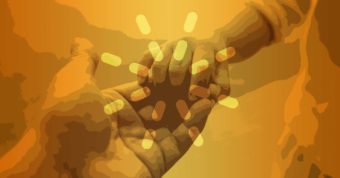 How to Give Kids Faith They Grow Into, Not Out Of 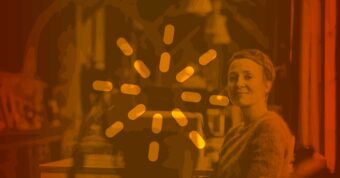 The Value of a Healthier You: Moving Beyond “I’m Good” 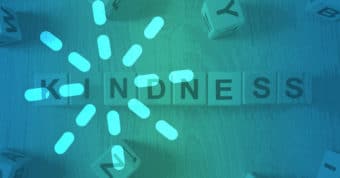 I Can Help Others (COVID-19 Lesson for Kids)