Use this grab-and-go lesson to teach kids all about God's power.
Mikal Keefer, The Ministry Spark Team
10 min read

Some say that Pharaoh said no to Moses because that’s what God made him do. That God “[made] Pharaoh’s heart stubborn” (Exodus 7:3), which gave the king of Egypt a bad attitude that sealed the fate of Egypt.

However God’s will and timing were operating in those events, what happened to Pharaoh sends a clear message: it’s a big mistake to say no to God. You end up with blood in your bathtub and frogs in your soup!

Or do you? We say no to God all the time, and the sky doesn’t fall in on us. So are we getting away with saying no to God? 1) The fact that God is patient isn’t the same as his giving us permission to be disobedient—to say no. 2) Realize that when we say no to God, we’re the ones who suffer. We miss the chance to honor God, to find purpose in the amazing adventure of serving God.

As you lead this session, be reminded of God’s power. Consider the answer you usually give God when he calls on you. Is it a no or an enthusiastic yes?

Ask kids to pair up. Allow ten seconds for each pair to decide which partner will be “heads” and which will be “tails.”

Say: Those of you who are heads will go first (but you others will get a turn later). You’re going to think of a quick mission (a little job or a message) to assign to your partner—something that can be done in a few seconds. The rules:

Some instructions for the tails, those of you who are sent out:

OK, heads, be thinking of missions for your partners. Ready? Go!

Announce when 30 seconds is up and have kids switch heads and tails roles. When this next 30 seconds passes, tell kids to give you their attention. Ask:

Ask children to sit with their partners from this exercise and to discuss:

Allow several minutes for children to share their stories. Then gather kids together.

Say: There are times when it’s a good idea to say no when you’re asked to do something! But it’s a mistake to say no to God. God is more powerful than anyone. He knows us, loves us, and wants the best for us. When he asks us to do something, it’s always best to do it! We’ll find out more about that today.

Say: Let’s play a game I call 12 Questions. I’ll be thinking of something, and as a group, you can ask me any 12 questions I can answer with a yes or a no, as you try to guess what I have in mind. Every guess you make counts as a question too, so ask smart questions before you start to guess!

Play several rounds. Use the information below as you lead kids to guess these things that are powerful. Give hints as needed. For example, for the first item you might say, “I’m thinking of a powerful bite.”

Applaud kids’ efforts. Fill in the gaps so the kids have heard all the “powerful” information listed. The as a group, discuss:

Say: God is more powerful than anyone. And he created everything we think is powerful!

Flag on the Field

Note: Meeting at someone’s house? Call ahead and let the host know you’ll need to raid the sock drawer. Or bring clean socks of your own!

Ask kids to join you in a circle, seated on the floor. Read aloud Exodus 5:1-4; 7:14-24. Then give each child a clean sock. Say: You’re now all officially referees. Referees are those people at soccer or football games who look for someone breaking the rules. When a referee sees someone break a rule, he blows a whistle or throws a flag on the field. Then there is some kind of penalty (punishment).

Your job is to listen as I read the story again, and if you hear someone in the story make a mistake, toss your “flag on the field” by throwing your sock into the center of our circle. Be fast! You want to be the first to catch every mistake. If you toss your flag, we’ll stop. And as you go get your flag, you’ll need to explain what you think the mistake was . . . and what a fair penalty (punishment) would be.

Read again Exodus 5:1-4; 7:14-24–slowly. Pause often and look around the circle. How you read aloud will keep kids actively listening. If someone throws a flag, ask that person what the mistake was—and what would be a fair penalty. Let any child throwing a flag offer his or her comments, and then ask those who didn’t throw a flag why they didn’t do so. As kids talk, they’ll make discoveries.

When you’ve finished, gather up the socks and, as a group, discuss:

Say: God wants the best for us—and our country. God wanted the best for Egypt too, but they didn’t do what God wanted them to do. Pharaoh’s big mistake was saying no to God—lots of times. That got Pharaoh and his country in big trouble.

The good news is that God loves us—and our country! We may not be in charge of making sure our whole country obeys God, but we can obey God ourselves. Let’s not make the mistake Pharaoh made. Let’s say yes to God! 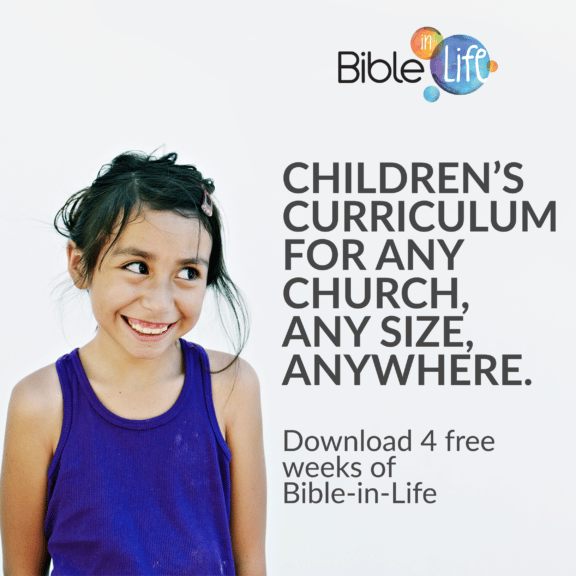 Ask kids to join you in standing in a circle. Say: God is more powerful than anyone, and he shows his power in lots of ways. Let’s take a few minutes to honor God by thanking him for how his power touches our lives. I’ll say a way in which we can see God’s power. Then I’ll pause so you can say a word or two out loud about how you see God’s power.

For instance, I may say, “God, thank you for showing your power in nature. You might say, “Thunderstorms” or “Tall trees.”

Pray: Dear God, you are so powerful! Thank you for your power in nature that we see in . . . Pause at least 15 seconds so kids can say words. Don’t rush; give them time to think and then pray. But do throw in your own words, if needed, to help the kids.

Thank you for showing us your powerful love through our friends. Say the name of a friend who shows you God’s love . . . Pause so children can pray.

Thank you for showing us your powerful forgiveness by forgiving us. If you would like to have God’s forgiveness, say your name out loud . . . Pause so children can do so. Say your name as well.

Thank you for showing us your power through how you’ve made us. Thank you for our talents that help us do special things. And Thank you that I can . . . Pause so children can name something they do.

Please hear our prayers, God. We love you! In Jesus’ name, amen.

Give one plastic lid to each child. Gather kids to one corner of the room. Note: Too few lids for your kids? Put children in pairs and let them tag-team the tossing of lids.

Say: We’re going to play three holes of Flying Golf. The rules: you “tee off” from here and play your lid wherever it lands. Your goal is to get your lid to each “hole” I’ve chosen, in as few tosses as possible. We’ll take turns tossing.

Mentally select three “holes” (targets) and announce the first. But don’t reveal the second hole until all kids have finished with the first. Scratch your chin and pause as if you’re deciding what will work as a second hole. If a child suggests one, thank the child, but don’t use the suggestion. It’s OK if kids feel frustrated as they’re waiting for your decisions. Ideas might include: on the third step of the stairs, in a wastebasket, or in the base of a potted plant. Be creative! It’s not important to keep score.

Say: God is more powerful than anyone. We honor him as we let him give us directions. He wants to help us land in a good place!

This high-energy game is best played in an open, carpeted area or outside. Put kids into pairs, though they’ll be playing against each other. Have kids stand facing each other, with their left feet touching. Use scarves to loosely tie their left legs together just above their ankles. Have kids lift their left feet off the floor.

The goal of the game is for players to move their left feet in such a way as to cause their partners to lose balance. Players can’t push or tug on each other; they have to gain control by swinging or shaking their left legs. This game is about balance—not just raw power. Smaller children can easily win!

When one person has to drop his left foot, it counts as a point for the partner. The pair will then quickly raise their left feet again and keep playing. See how many points can be scored by each player in 21/2 minutes.

When time is up, have partners play one more round—this time for 60 seconds with the goal of not having any left feet touch the floor. It’s a cooperation round!

Untie players and, as a group, discuss:

Say: It’s not always the biggest person who’s most powerful. And it’s not the loudest either. God is more powerful than anyone, but God doesn’t bully us. God invites us to be his friends and followers through Jesus. We get to decide. If you haven’t decided to do that, I hope you’ll talk about that with your parents or with me before you leave today. It’s a great decision to make!

Gather kids in a circle. Ask: When—if ever—would it be OK to say no to someone we’re supposed to obey? Our teachers or our parents maybe? 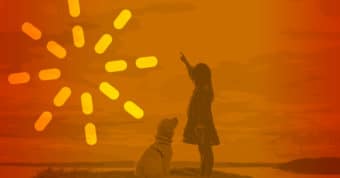 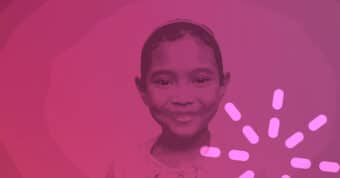 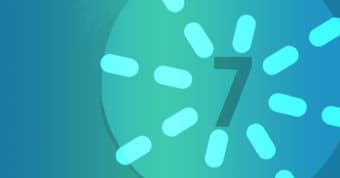 7 Ways to Help Overwhelmed Parents in this Season