Encourage kids to say “Yes!” to Jesus’ invitation with this grab-and-go lesson!

Jesus was a dinner guest at the house of an important leader when he noticed that some of the guests were pushing to sit in the more honored seats, the ones closer to the host.

Jesus said a few words about humility, and then he told this story.

At that time, like now, it was important to know how many people were coming to a dinner party. That determined how much food was prepared. In this story, people accept the invitation and then, for a variety of reasons, don’t show up—even though they get a reminder. This was not only rude, but an actual insult.

The host invites people who don’t normally get invitations to banquets: people who are poor, crippled, lame, and blind. They’ll never be able to return the invitation, but the food is ready . . . the table set . . . so they’re invited in.

Jesus’ point is that even people who don’t “qualify” get invitations to be with him. They just have to agree to come.

Those people, by the way, include us. We’re invited to God’s party!

Help your kids discover they’re invited today, and encourage them to say “Yes!” to Jesus’ invitation!

Invite children to tell you about parties they’ve attended and enjoyed. Have kids describe any costumes, decorations, or party favors. Describe any party games. Ask what made those parties so much fun.

Say: Those sound like fun parties—but they aren’t the best party ever. What would your best-ever party be like? Would you hold it at your house or on a yacht bobbing around in the ocean? Would you serve pizza or lobster? What would you and your guests do at your perfect party?

Using paper and markers, create an invitation to the best party you can imagine. Write what guests would do at the party, how the guests should come dressed. List the food you’ll serve. If you’ll have a limo pick up guests, say so. Since money is no problem, be as bold as you can be! Go for it!

You’ll have five minutes to create your invitation, and then we’ll share what we wrote with others. Ready? Start inviting!

After five minutes, ask children to describe their parties to the larger group. Then as a group discuss:

Say: Today we’ll dig into a story Jesus told about people not showing up at a very special party. The food was ready, the invitations were accepted—but people didn’t show up for that special party. What would the host do?

Place a length of masking tape on the floor in the center of the room. Have all the children stand on the tape, single file, facing you. (Make sure the tape line is only about as long as the line of kids.)

Say: When people are planning parties there’s always someone who says, “Nah—not me” to every activity suggestion. For instance, you might all say, “Let’s go skydiving for Josh’s birthday party. And I’d say, “Nah—not me.”

Explain that in this game you’ll suggest an activity. If a child would do it, he or she should step forward (in front of the line). If not, step backward behind the line. Either answer is OK—but if there’s just one child behind the line, that person will be appointed the Designated Self-Confident Party Pooper. (Tell kids that it’s an honor!) The Party Pooper may give everyone high fives before returning to the line.

After you name each activity and kids have stepped forward or backward, have them return to the masking tape line for the next activity choice. Move fast! Here are suggested activities to name. Add more, if desired:

Have children sit on the floor in a circle. Say: At one time or another, we’re all party poopers. But imagine throwing a party and everyone is a party pooper—so much so that they don’t even show up!

Let’s see what happened when a man throwing a wedding party had that happen to him.

Party Prep On a Dime

Before children arrive, create a rectangle on the floor using masking tape. Make it the size of a generous dining room table. Place the newspapers outside the rectangle.

Tell children they have just eight minutes to get ready for a party—a formal party with four guests—and they have only the newspapers to create both place settings and decorations. They’ll place what they create on the masking tape table you’ve outlined on the floor.

Making place mats will be easy. Tearing out plates and platters—that will be tougher. Utensils will be a major challenge. And decorations and centerpieces? Good luck.

Spend a few quick moments brainstorming together who will do what, and then get busy—time is short!

After the eight frantic minutes, gather kids where they can admire their handiwork. Compliment them—they deserve it! Say: Bad news: our four guests will be a little late. We sent out invitations, and they responded that they’d come on time—promised they’d come. We even reminded them earlier about coming.

By late I mean: our guests aren’t coming. At all. Ever. They all found something more important to do. Ask:

Say: Have a seat around our table here, and as you enjoy an imaginary feast, I’ll share with you a story Jesus shared with an audience.

Say: When it comes to joining the kingdom of God, we’re definitely latecomers. The Jews were God’s chosen people, but after many of them refused to walk faithfully with God and with Jesus, non-Jews were invited too. Most of us aren’t Jewish, so we’re like those poor people who got to come to the feast too. Good news for us!

But here’s the truth: Jesus died for everyone—Jews and non-Jews alike. We’re invited to God’s party. All we have to do is say “yes” and go!

Ask children to stand in a circle, facing out. Tell them to close their eyes and keep their eyes closed until you say the “amen.”

Say: It’s great that we’ve been invited to God’s party, to come to him through his Son, Jesus. The party is our friendship with God, and it goes forever. It starts here, but one day we’ll be with God in Heaven forever. The party never ends! But if we don’t accept the invitation, it doesn’t matter much. So we’re now going to have a chance to say “yes.”

As I pray, please pray along with me. Talk to God about how you feel. At one point I’ll invite you to turn around and face into the circle as a way of saying “yes” to God. Keep your eyes closed so you can’t see how anyone else answers. What matters is whether you say “yes” to God–whether you accept his invitation to his party.

Pray: Dear God, you’re good. Every day, every moment, you’re loving. We know you invite us to be your friends because you love us.

If you’d like to say “yes” to being God’s friend, turn around in the circle. Keep your eyes closed. (pause)

Dear God, thank you for your invitation. We trust you and we say “yes,” knowing that we can trust you forever. Amen.

Ask kids to line up against one wall. The goal: reach the opposite wall first. But—here’s the catch—the only way to take a step forward is to first call out a type of party or a theme for a party. A second rule: you can’t use a theme or type of party that’s been called out by anyone else.

Ask children to take steps in rotation, one at a time, and allow just five seconds between answers. If a child can’t think of a theme, that child loses a turn or you can help with an answer (great chance to show grace!).

Ask one or more children to write a list of at least ten ice cream flavors–the weirder, the better. Vanilla and chocolate will get a mention, but so should mangled mango or ketchup tofu.

Give another child or two the task of creating a list of at least ten specific objects. For instance: hockey pucks, diapers, computer keyboards.

When lists are finished, suggest that somewhere in your combined lists is your new favorite dessert. You and the children will call out what’s on your lists, rotating between your food prep list, the flavors list, and the objects list (in that order). For instance: “toasted mangled mango hockey pucks!” See what wacky combinations emerge, and then mix and match to get a group “favorite.” But decide together that you’ll never try it!

Say: Don’t try serving these goodies at your next party if you want people to come. But when God throws a party, its good stuff–forever. That’s a party I want to attend!

Gather kids in a circle. Ask: What do you think it will cost you to say “yes” to Jesus? Is it worth the price? Explain.

How to Become A Spiritual Parent: Beyond Managing Behavior 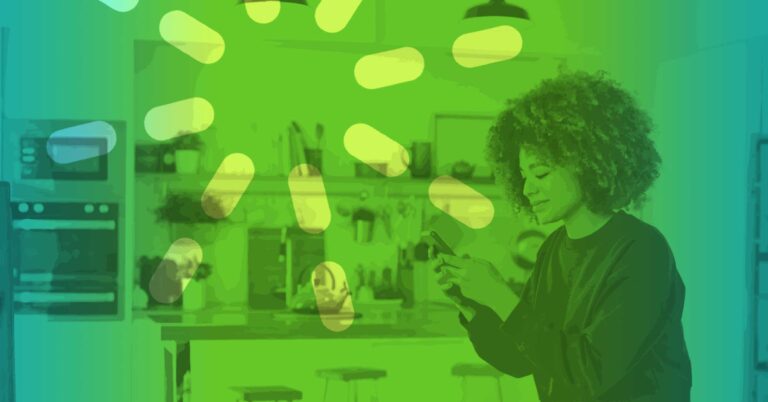 How Can Leaders Cultivate Wonder in a World of Incessant Distraction?

The Role of a Father