Help kids discover that in the end, God’s in control with this grab-and-go lesson.

When Joseph hiked out to check on his brothers, he was a favored younger son—one wearing an expensive coat and big grin. By nightfall, Joseph was almost naked and was a slave on his way to Egypt.

Joseph had been betrayed by his own brothers. Now that’s a bad day . . . or was it?

Fast-forward a few years and Joseph himself tells his brothers it was God who sent him to Egypt, and they didn’t need to be angry with themselves for what they’d done in getting him there (Genesis 45:5).

Today you’ll help your kids discover what Joseph discovered: in the end, God’s in control.

Say: I want you to find ways to make a situation worse. For example, if I say, “We went to the beach and the water was warm” you might say, “Not so fast! The shark that ate Lenny thought the water was warm too!”

No matter what I say, with your partner find a way to turn it into a disaster. And always begin with “Not so fast!” Ready? Let’s go!

After reading each of the following statements, pause to let pairs respond. Move quickly from one statement to the next. Add more statements of your own if you wish.

When finished, invite partners to give each other high fives. Then ask children to sit in a circle and discuss:

Say: Sometimes tough days happen. What starts out positive and fun can sometimes end in disaster. We wish we could control those days, but we can’t. In the Bible, Joseph discovered something we’ll discover too: though we’re not in control, God is. He’s even in control when our days are dark and difficult.

Joseph started a day by taking a walk in the sunshine, going off to see his brothers. By the end of the day, he’d been stripped of his fine clothes and sold into slavery. Joseph discovered that he didn’t have control over the situation, but God did! Let’s dig deeper to see what we can control and what we can’t—and what God can control.

Say: When you look in a mirror and make a face, the mirror makes a face right back at you—even if it’s a funny face, like a monkey face.

After 30 seconds, have partners switch roles. Then have kids be seated and ask:

After kids answer, say: It’s fun to be in charge when you get to call the shots. You know what’s coming next. You get to do what you want. But are we ever really in control or in charge? Let’s see what we can learn from Joseph about being in control!

Ask children to go to the center of the room and stand in a circle, facing inward, and with about a foot between kids.

Say: Let’s find out what happened to a man named Joseph. He lived hundreds of years before Jesus was on the earth. Joseph had ten older brothers, and they all hated him because Joseph was his father’s favorite. Joseph was treated better than his brothers. Plus he tattled on his brothers. And in his dreams, which he shared with his brothers, he was always in charge of them. How would you feel about your brother or sister if all that happened? (pause for responses)

As a group, still standing where you are, discuss:

Say: Joseph’s story doesn’t end there. He was sold to an important man in Egypt, jailed for something he didn’t do, noticed by Pharaoh, and freed. He even saw his brothers again.

Say: Joseph may not have been in charge, but God was. God saved thousands of lives through Joseph in Egypt, something Joseph couldn’t have done unless he’d been dragged to Egypt.

Ask children to sit in a circle and discuss:

Give each child a quarter. Ask children to try and flip their coins and catch them in the air. If some children don’t know how to do this, ask older kids who have developed the skill to demonstrate.

Give partners time to flip their coins several times and share. Then say: Keep your fists closed so nobody can tell which hand you’re using to hold your coin. If you feel you’re having mostly tough days lately, hold the coin in you right hand. Everything seem easy this week? Place the coin in your left hand. Now close your eyes and pray with me.

Dear God, you’re in control of both our easy days and the tough ones. That’s a hard truth for us. Please help us trust and know that you’re in control even when things are difficult. Like Joseph, we want to serve you well on all of our days, whether they’re hard or easy ones.

Tell kids to keep the quarters as reminders that God is in control even when our days might be tough or frustrating. Ask children to pray during the week whenever they pull the quarters out of their pockets.

Option 1: Bring It In for a Landing

Give each child a sheet of paper and this challenge: in two minutes, craft a paper airplane to launch toward a wastebasket target on the other side of the room. The goal: bring your plane in for a landing inside the basket. (If you have younger kids, pair them with older kids who know how to fold paper airplanes.) Have kids explain their designs before launching their planes. Then, one at a time, send the creations off into the wild, blue yonder. See who comes closest to the target. Then discuss the following:

You may want to cover the carpet with a clean bedsheet or blanket before trying this. Check with the person in charge of the place where you’re meeting!

Give each child five kernels of popped popcorn. Demonstrate how to toss a piece in the air and catch it in your open mouth—or how to almost catch it there. Your kids will catch on!

Explain that the goal of this activity is to have enough eye-hand-mouth control to snag five out of five kernels. After kids have tried out their popcorn-catching skills, serve more popcorn and discuss the following questions:

Gather kids in a circle. Ask: If you were being dragged off to Egypt as a slave, how certain would you be that God was in control? Why?

PrevPreviousSpiritual Formation in the Church, Home, and Community
NextKeeping God Central in Your MinistryNext

How to Make Your Church Nursery Attractive to Visitors

5 Ways to Lead Strong as a Woman in Ministry

The Wonder of Imagination for Thanksgiving 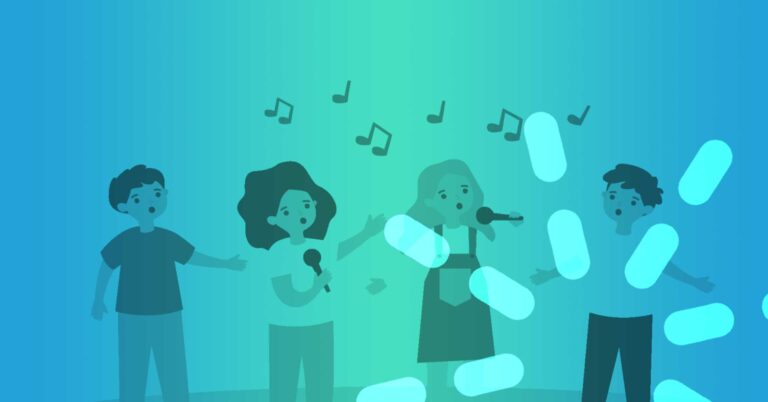