Why Every Sunday School Teacher Needs to Know Henrietta Mears

Learn the secret that led her to influence generations for the gospel.
Mary Davis
8 min read

If you teach kids—whether in Sunday School or kids’ ministry, as a children’s pastor or a youth leader, you probably could immediately name at least one kid who is “different.”

This is the kid who asks the probing questions, who’s serious when the others are giggling.

This kid might cause you a little angst, or even cause a “hitch” in your smooth group management style.

That’s one reason you need to know the story of Henrietta Mears. She was “that kid.”

Meet the Girl Who Start Teaching at 11

Henrietta Mears came home from kindergarten declaring, “Kindergarten is to amuse little children. I’m amused enough. I want to be educated!” She was serious about learning and challenging herself.

By the time she was 5, she had decided to follow Jesus and asked to be baptized.

Her mother was only too pleased to pray with her daughter and lead her to the Lord, but she tried to reason with Henrietta that everyone would think her too young to understand what it meant to join the church at such a young age.

Her pastor was hesitant—but she was insistent. In those days, children were quizzed in the church meeting before they were baptized. Henrietta’s answers were so spot-on that it some people to chuckled in amazement.

Alarmed, she looked at her mother, who reassured her that she was answering well—and was baptized that day.

In a time of family financial setbacks, Henrietta learned from her mother that instead of focusing on what she might have to do without, she could instead impact her world by serving others.

By age 10, she and her cousin had created a service club with the aim “to do good for the unfortunates.”

By 11, she was teaching Sunday School.

Henrietta Mears expressed her focus this way as an adult: “Will you stop looking at your problems and wringing your hands in despair? Faith and despair cannot remain in the same heart. Take your choice: trust God or worry. You cannot really do both!”

A Life of Trust

Very nearsighted, Henrietta accidentally stabbed herself in the pupil with a hatpin when she was a teen.

The injury was so severe that doctors were astonished she could see at all. But they told her she’d have to give up reading—or she’d soon go blind.

Henrietta was not going to give up reading! She decided she would have to trust God for sight, as well!

At the University of Minnesota, she learned to concentrate deeply on the spoken word and to prepare immediately after class for the next one, so that she didn’t lose any learning.

These practices became part of her teaching style. She said, “I believe the greatest spiritual asset throughout my entire life has been my failing sight, for it has kept me absolutely dependent upon God.”

To her, spiritual sight—seeing God in everything—was even more important than healed physical eyes.

So what was it that makes Henrietta Mears important? After all, her earthly life ended in 1963!

In a word, impact.

Of course, we all want to think that we’re people of impact—but since Henrietta Mears is long-dead, we can more easily access some of the impact she had on the church in America in the 20th century.

Maybe she wasn’t all that famous. But you might know the names of some of those whose lives she influences:

Bill and Vonette Bright (who founded Campus Crusade, now CRU), Billy Graham (yes, THAT Billy Graham!), Richard Halverson (who was the chaplain of the U.S. Senate for years) and many other ministers and missionaries, as well as film and TV people, writers, professors—it’s quite a list.

As she famously said, “When I consider my ministry, I think of the world. Anything less than that would not be worthy of Christ, nor of His will for my life.”

But Henrietta Mears herself would tell you that neither the number of those people nor the fame they attained were important to her: her life was all about helping each young person see what Christ could do through them and to help them learn her spiritual secret.

After her mother passed away, Henrietta felt helpless. She longed for God’s Spirit to empower her.

“The greatest realization came to me when I saw that there was nothing I had to do to receive His power but to submit to Christ, to allow Him to control me . . . I said to Christ that if He wanted anything from me that He would have to do it Himself. My life was changed from that moment on.”

Her spiritual secret—of resting her mind and heart in Christ and allowing Him to do His work through her—became the engine of a fruitful life.

Henrietta taught high school and later became a principal. But she not only taught; she did all that Jesus put into her heart and let Him do it through her!

Henrietta was interested in every student as an individual and focused on loving and accepting each one “as is.”

It seemed as if Henrietta’s life was set on its course. She and her sister Margaret bought a home together and ministered to young people in Minneapolis, teaching and leading Bible study and Sunday School groups.

But one Sunday, Dr. Stuart MacLennan spoke at their church.

His sermon so impressed both sisters that they invited him over for Sunday dinner. He stayed all afternoon, and the three became fast friends.

He invited the sisters to visit his church in California—which made them both laugh! Why would they ever go to California—the ends of the earth—even to visit?

But soon, Henrietta and Margaret took a sabbatical year to travel Europe; this was partly so that while traveling, Henrietta could wait on God to show her His next step for her—and she realized anew that all she needed to do was yield to Christ and let Him give her His big dreams. He had full permission to take her where He wanted her to go.

At the end of that trip, the sisters visited Dr. MacLennan for several months and after the sisters returned to Minneapolis, Dr. MacLennan asked Henrietta to direct Christian Education at his growing church—Hollywood Presbyterian.

Hollywood? The film and “sin” capital of the world? Henrietta wasn’t even a Presbyterian! She hadn’t asked for this job.

But Dr. MacLennan could see the Holy Spirit’s power in her.

He wanted to see her energy and joy poured out in this “worldly” place that seemed like the ends of the earth to a Minnesotan.

Generations Won For the Gospel

So Henrietta moved to California—and a new chapter in her work began. Because of her own experience, she believed that every person mattered.

And instead of knowing Bible facts alone, every person needed to know the God of the Bible in a real, personal, and life-changing way.

This ambition led her to influence generations for the gospel.

She saw the Sunday School grow into thousands (and yes, she began by inviting the football team at nearby UCLA!).

And she also started Forest Home Camps, the place where she once urged young Billy Graham to get alone with God and determine once and for all if Scripture is true.

His life-changing experience there propelled him into evangelistic ministry.

She so helped and encouraged Bill and Vonette Bright that they practically began Campus Crusade from Henrietta’s living room.

She spoke and taught in hundreds of places; people began to come to her church to see “how she did it.”

Her methods were fresh, because the Holy Spirit directed her.

Her ideas were “new” because they went the opposite direction of accepted educational theories of the times—and were biblical and worked in practical ways!

How You Can Carry On Her Legacy Today

So many people were asking Henrietta Mears to help them with this new way of teaching that she started a publishing house, Gospel Light Publications.

She had no desire to run a publishing house. But she did want to help teachers grasp what it was God wanted them to be, not only what facts they needed to teach.

Because she had learned the secret of submitting to Jesus and letting Him do the work, she didn’t wear out, burn out or tire out.

Her daily life proved to her that Jesus Christ is real and always able to do abundantly more than any Sunday School teacher might ask or imagine, because it is His Power that works in us!

So don’t be hesitant to love that “different” kid—he or she may be the next Henrietta Mears or Billy Graham. Don’t be afraid to dream big with God.

But Henrietta Mears would tell you, that although curriculum is important, and good curriculum can help you become a powerful teacher—it works only if you first invite God’s Spirit to open you eyes and ears.

Who in your class might you love “as is”?

Whose life might be influenced through your Sunday School class to impact nations or transform college campuses?

PrevPreviousAre You So Good at Leading That Your Spiritual Life Stinks?
NextHow Not to Be Lonely in Kids’ MinistryNext 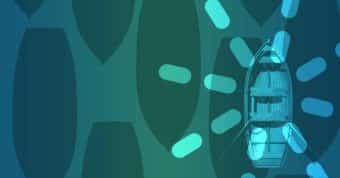 How to Help the Next Generation Navigate Today’s World 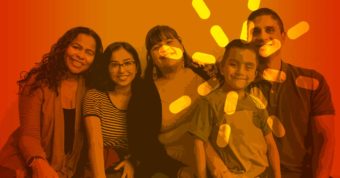 How to Use Quick Connections to See and Know Families 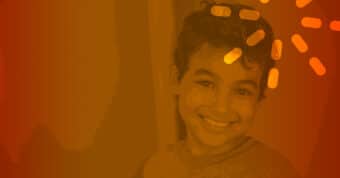 Why Biblical Literacy Is So Important for Kids